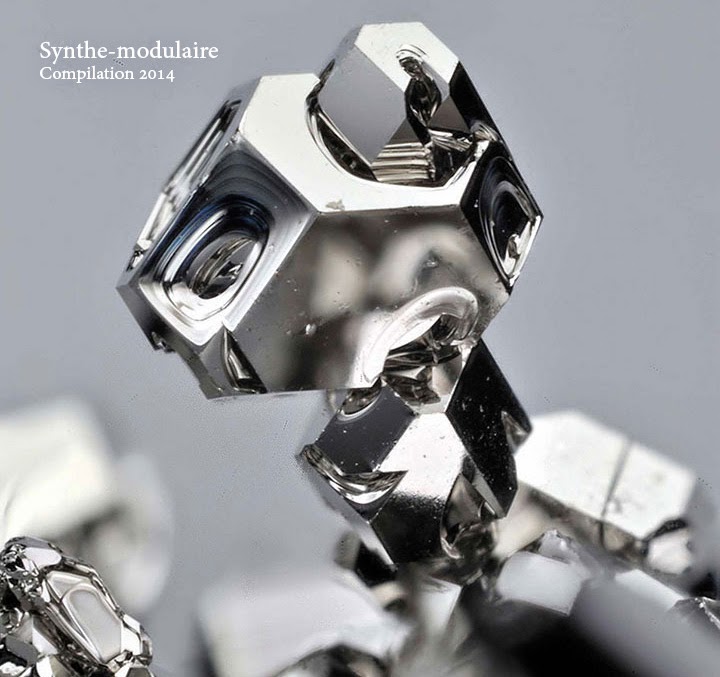 The members of Synthé modulaire, the French speaking forum about modulars, are very proud to present their fourth annual compilation.
This year we chose the table of the elements as a theme.
As for the three previous editions, this one is available in free streaming or download, just proceed to the dedicated Bandcamp page :

Enjoy !
Posted by Zeitdehner at 2:44 PM No comments:

To expand on functionality of my modular system, I've built and bought some nifty little boxes ... 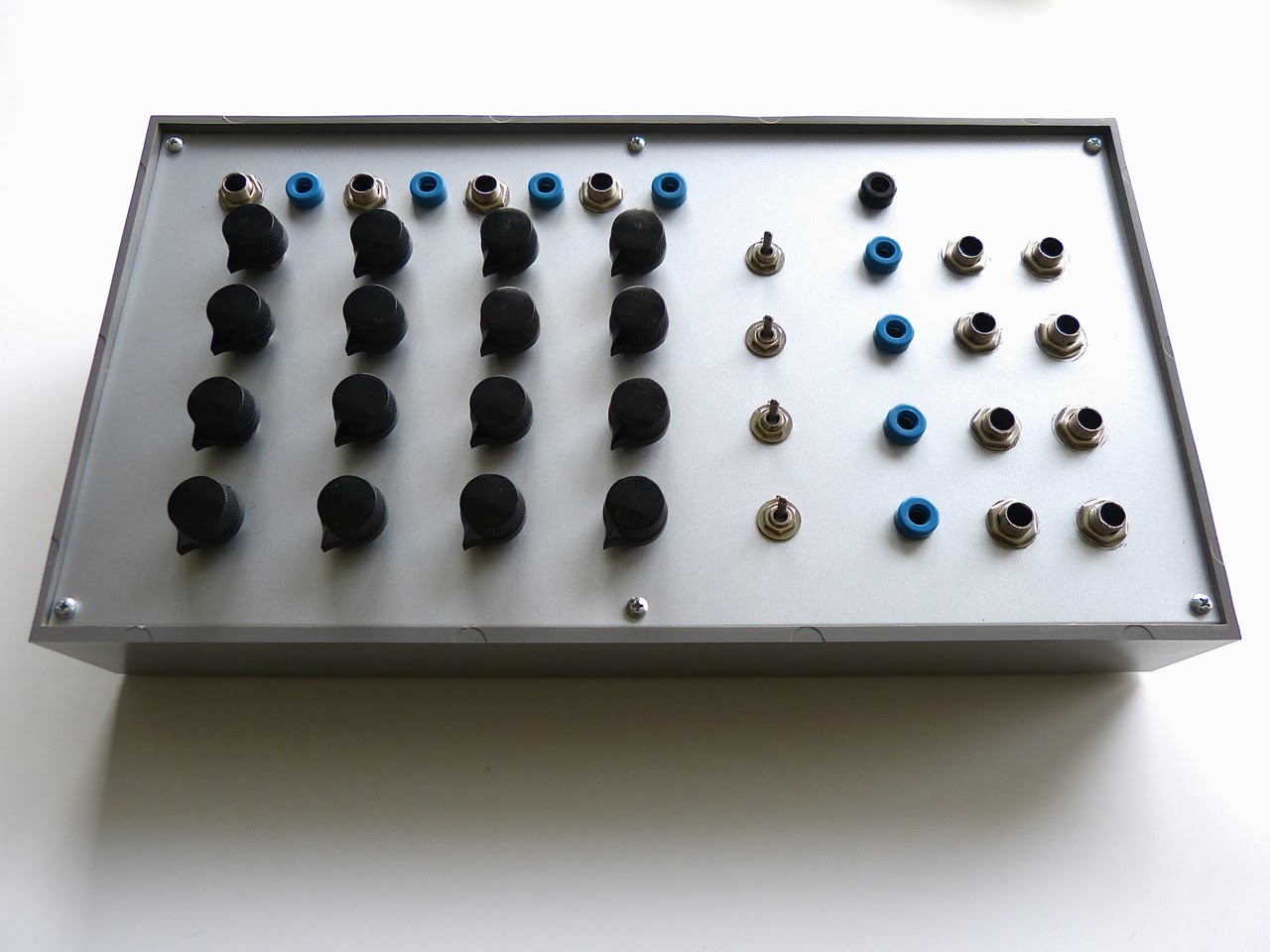 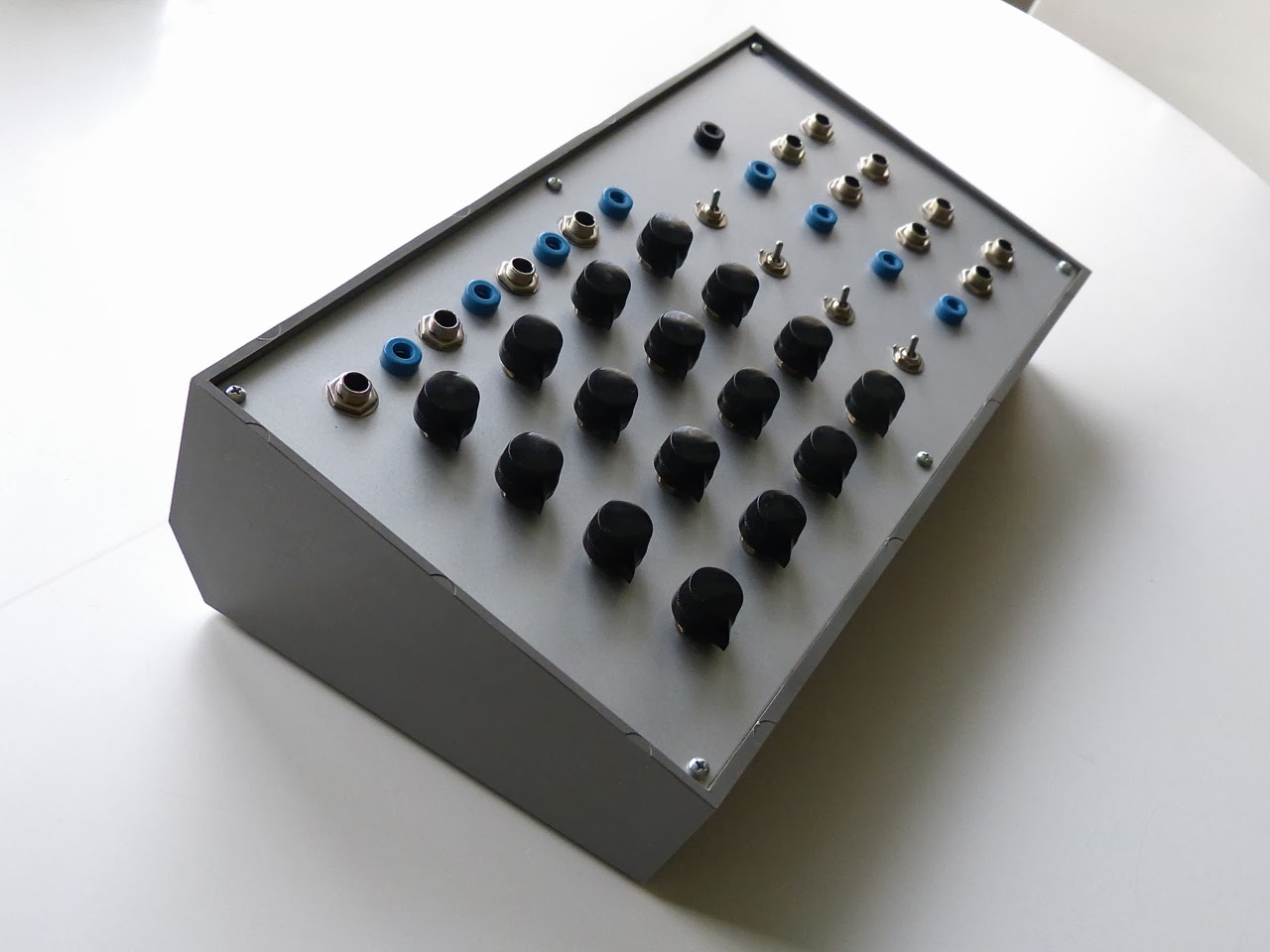 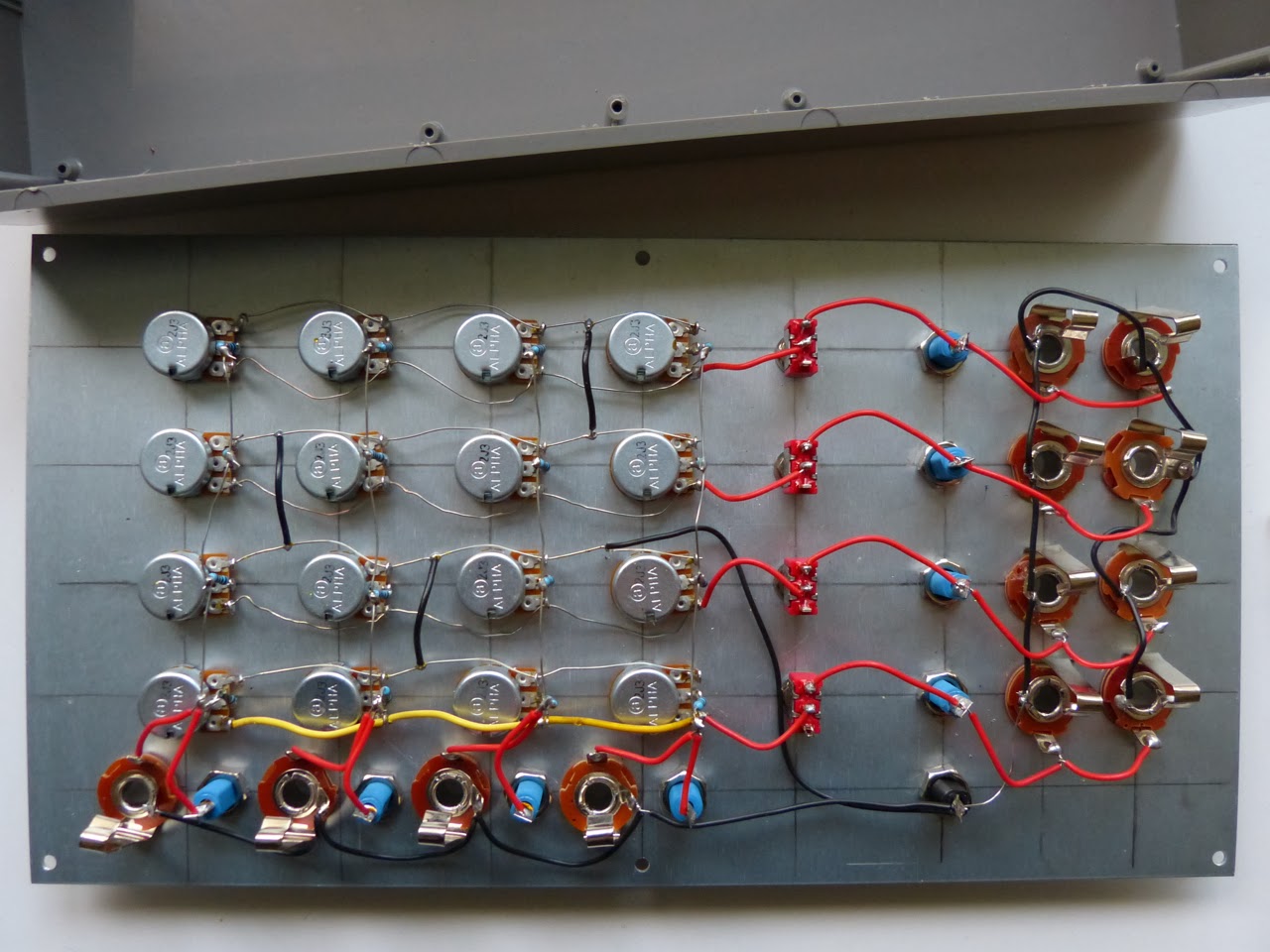 This little DIY project is based upon a simple design by Repeater Electronics, with a few adaptations.
Each Input column is fitted with one 6.35 jack socket and a banana socket.
Each Output row is fitted with a "kill" switch, a banana socket and two multied 6.35 jack sockets.
The black banana socket is to make the ground connection with other banana fitted equipment.
This way I will be able to interconnect my 6.35 equipment with an upcoming Music Easel or any other banana system. 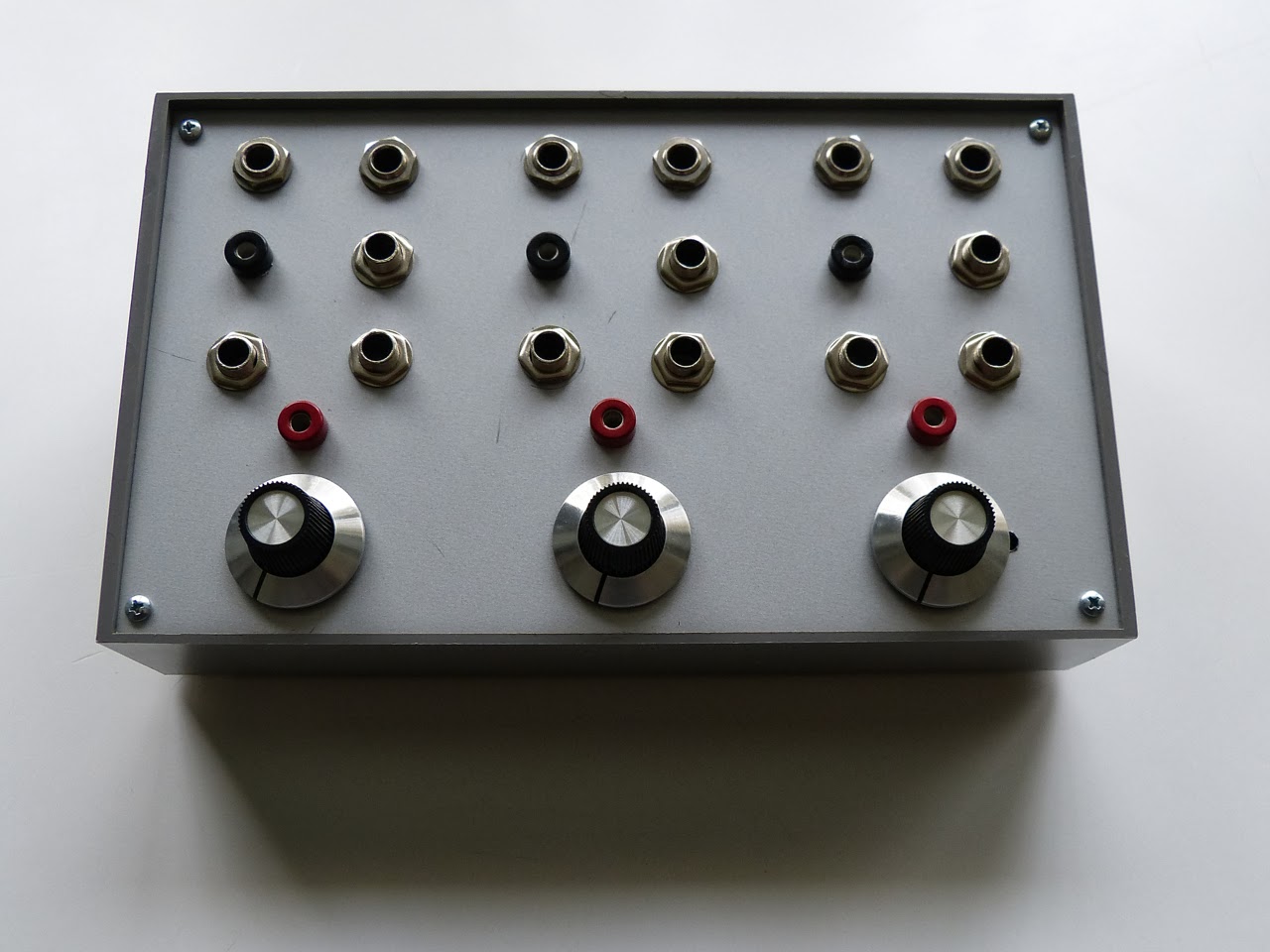 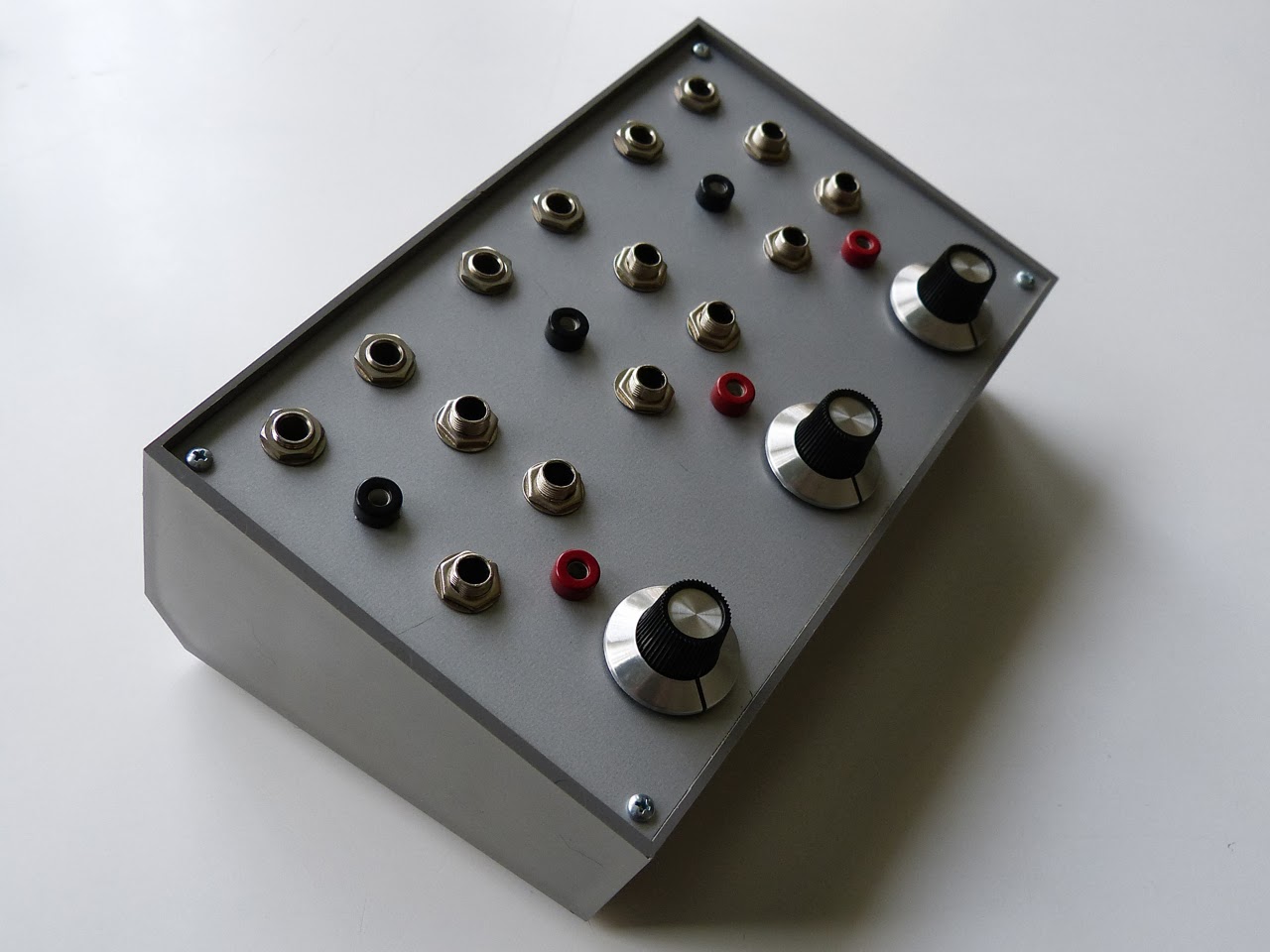 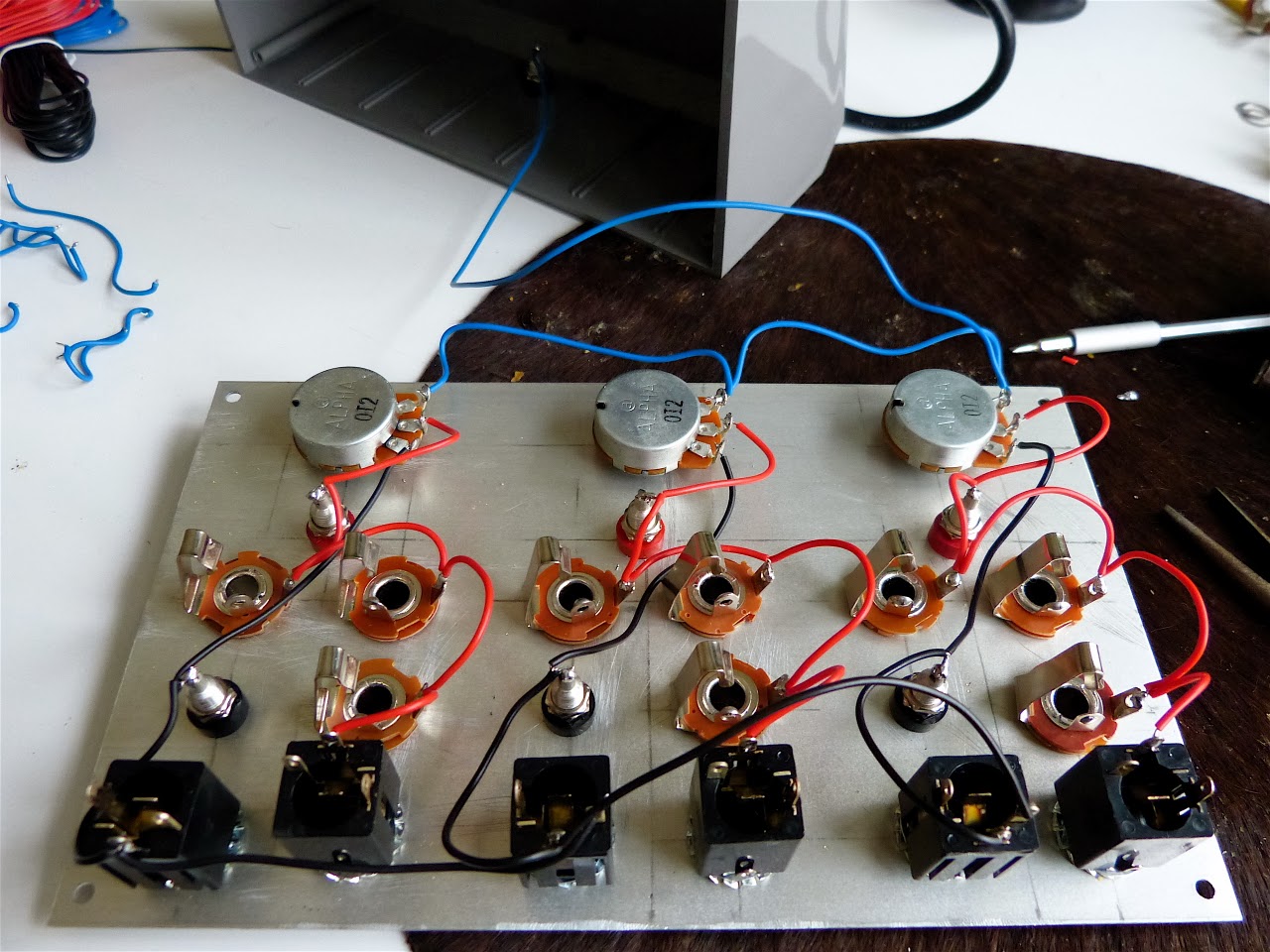 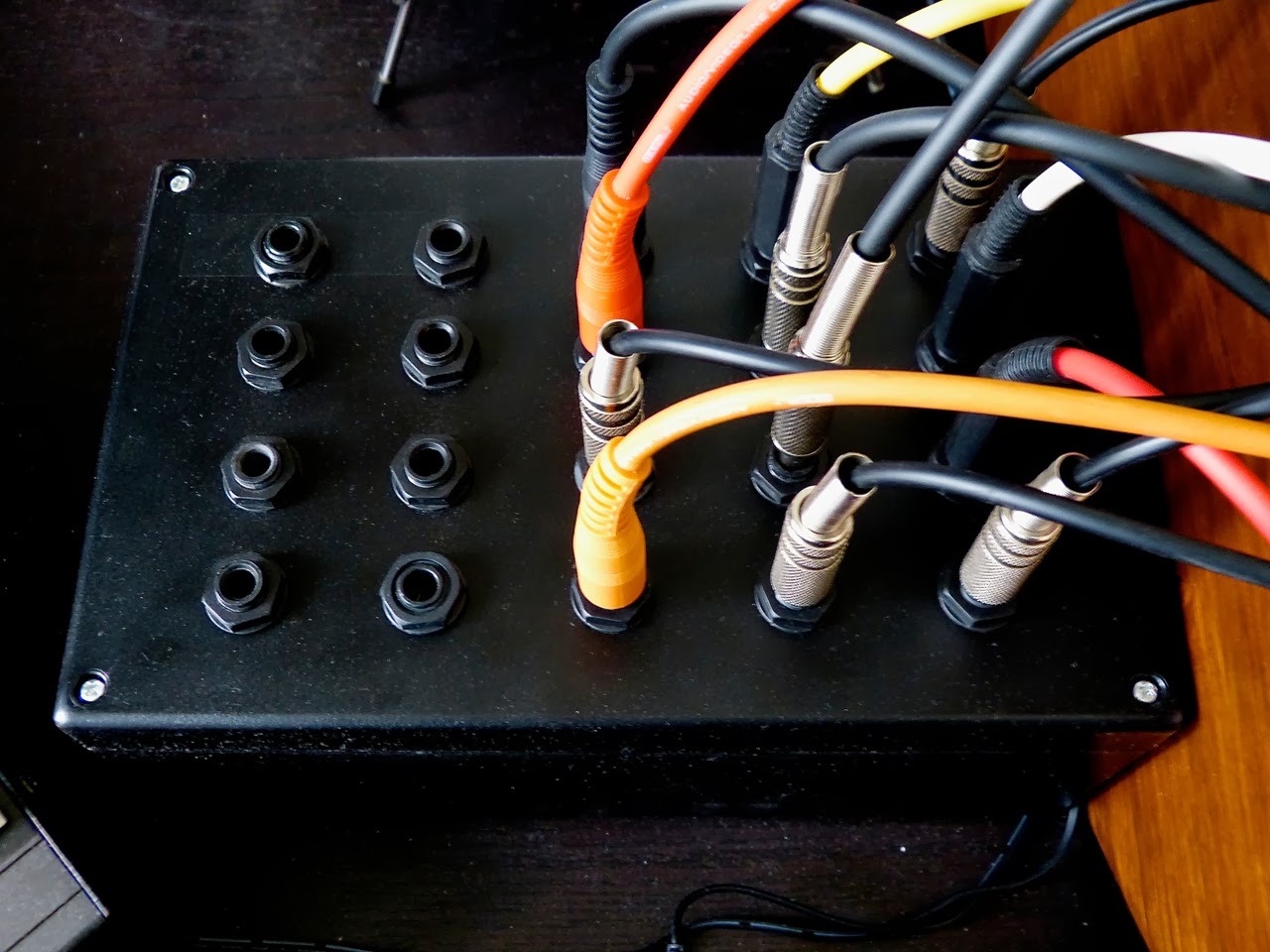 Really not much to say about this one, except perhaps that it is very cheap and very handy...
4 rows of 6.35 jack sockets multiple with one In and 4 Out per row. 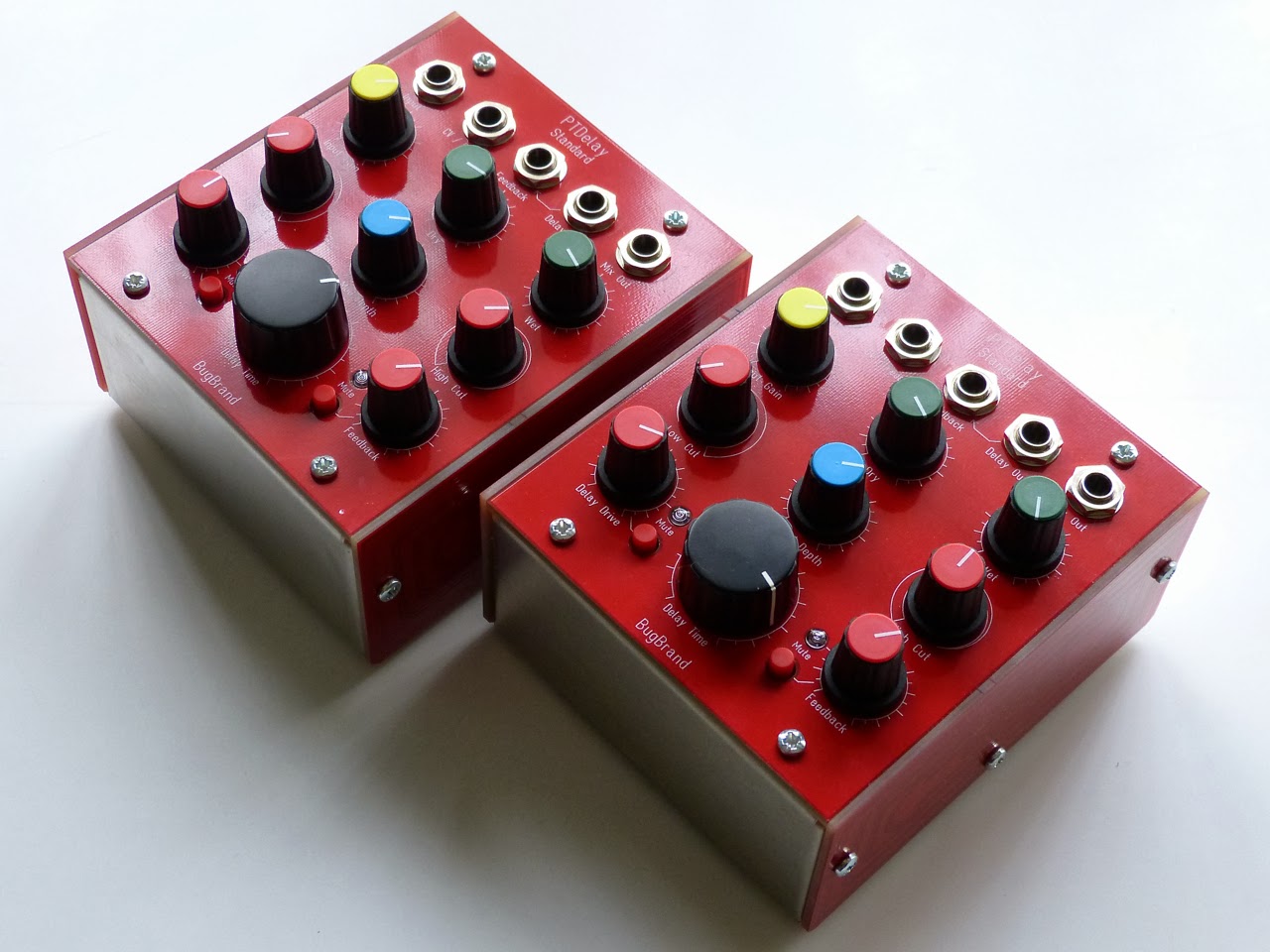 I finally got to get me some bugs...

I was looking to replace my beloved Fulltone TTE by something smaller, less heavy, easier to take along for gigs. The replacement needed to be equally charismatic, sound wise, and needed to offer the possibility to overdrive the sound in a nice, warm analogue way. I went for Bugbrand's PT Delay Standard because it delivers all the aforementioned plus lots more...

Overall Input Gain control
Separate Dry and Wet level controls
Separate Delay Drive control
CV/pedal input with attenuator to control delay time
Separate Low cut and High cut controls
Mute buttons to instantly "kill" Feedback  and/or the signal fed to the delay
Separate Delay Out and Feedback In for external feedback processing
Mix Out
This surely is the most analogue sounding, compact, lightweight digital delay unit to date.
At the heart of the unit is the very "common" PT2399 chip, but it is cleverly complemented by pure analogue circuitry, which makes for a very special and unique character.
The filters are very effective and very "musical", really fantastic sounding !
The PT gets very noisy and crunchy with longer delay times but this is more of an asset than a drawback.
The various gain controls make for seamless integration with my modular stuff and provide really creamy overdriven sounds when dialed in properly.
CV control over the delay time makes it an ideal companion to any modular system.
What's not to like about this red little bug ? Maybe its limited availability...
This left me no choice but to get a second one while I still had the chance to do so. That thing is so good that the lucky owners sure won't let it go easily.
Having two of those more than doubles the possibilities ... series, parallel, cross-feedback, stereo, ping pong, etc... Even stand-alone it's almost like an instrument, more than a simple effects unit, capable of producing the weirdest and the most beautiful sounds by the twist of a knob. It really begs to be used and abused in real time, to be played, to be part of a performance. It's definitely not the set and forget kind of thing.
Oh boy, am I looking forward to receive my Music Easel and to take it on the road with these two little red devilish bugs !
Technical details and ordering over here :  Bugbrand PT Delay Standard

Posted by Zeitdehner at 12:00 PM No comments: