Invasion of the suitcase synths

This week my humble home studio literally was invaded by suitcase synths... 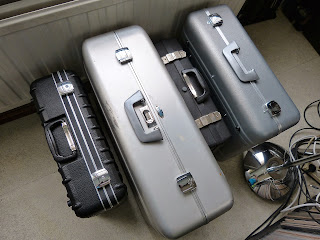 The case on the right contains a lovely "Music Easel", with a DIY 208 clone and an original BEMI 218. 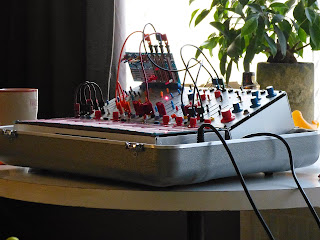 Next is a no less lovely, genuine EMS Synthi AKS in its  recognizable Spartanite case, pictured here at some other occasion. 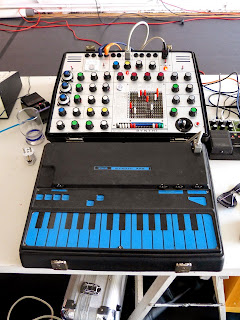 Then we have a massive DIY Buchla 200 series clone... still some works in progress, but fully functional, truly beautiful AND sounding fantastic ! The 218 is a recent BEMI one. 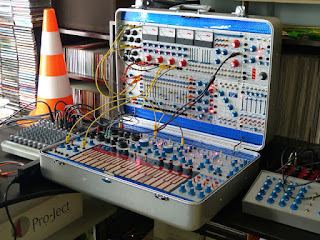 Last, but not least I'm tempted to say, we have my very own BEMI Electric Music box, aka "Music Easel" 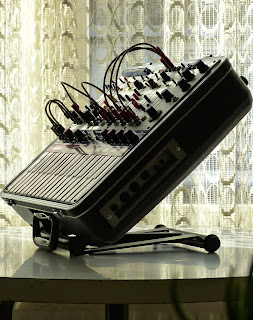 I always felt the need to have a self contained, compact, portable yet powerful and charismatic modular system aimed at performance and improvisation. The two original instruments I considered, the Synthi and the Music Easel, were inaccessible due to the insanely high prices of the former and the extreme rarity of the latter. So, it was with excitement and enthusiasm that I learned about the intention of BEMI doing a reissue of the Music Easel back in 2013. This was an opportunity I had to take, at last an affordable instrument for me ! I pre ordered directly from BEMI in february 2013 and the wait was long, full of anxiety because of the negative reports on the early models BEMI produced and delivered. It was a sunny day of May 2014 when I finally got custom clearance and picked up my coveted Easel. Excitement was at climax and it was with great relief and satisfaction that I unpacked an apparently perfectly well built and assembled Easel. 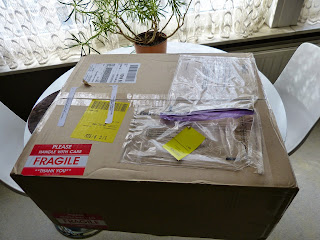 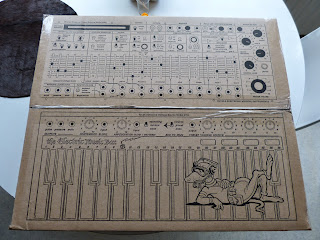 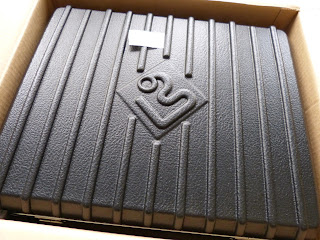 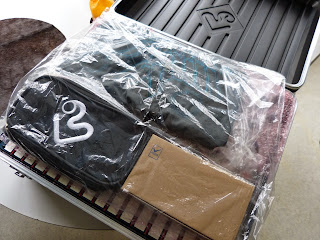 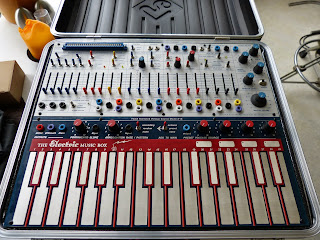 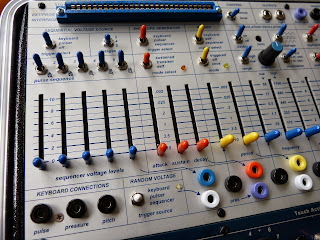 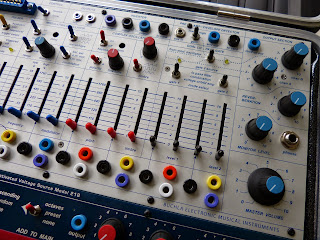 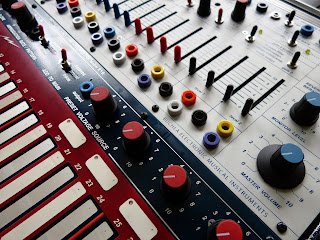 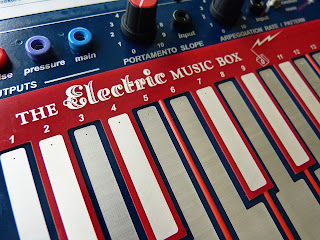 Playing the BEMI Music Easel is nothing short of a thrilling and fascinating experience. It definitely has that unique playability and ease of use, those peculiar attitudes and that very charismatic sound. It sure acts and sounds different to an original or even a clone, and despite all the problems BEMI had in doing this reissue of an instrument that gained quasi mythical status (those also have their lot of problems...), this 2014 Easel is a truly fantastic electronic music instrument, doing exactly what I hoped it would do and it brings a very interesting expansion to my musical project, in its own particular way. It really is an "electro organism", living a life of its own, temperamental, sensitive and highly expressive. So many new sonic paths to explore and so many new musical encounters to be had with fellow artists and creators... good times !

I've replaced the original 200e style knobs by Rogans, because everyone knows that an Easel sounds better with Rogan knobs :-) 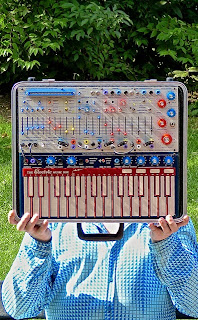 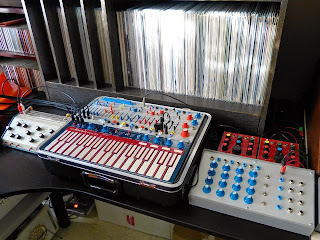 It loves to play and communicate with my Moisturizer, PT Delays and home made matrix mixer.
I'm still considering adding some other bits to expand on 208 functionality, but that really is no necessity for the time being, as the use of program cards opens it up a little more... working on an expander/break out box of some sort seems like an interesting way to go in the first place...

Here's how it is fitted in my current setup : 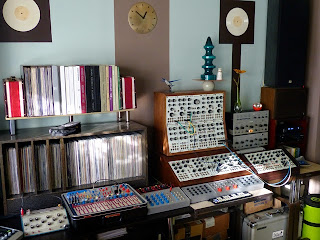 Here's a little video with two short excerpts ( smartphone capture, sorry...) of the first improvised performance I did with my Easel, together with my friend Constantin and his Synthi, in September 2014 at Huis23, Brussels, for the "All connected" series of events curated by Floris Vanhoof.

Posted by Zeitdehner at 6:10 AM No comments: